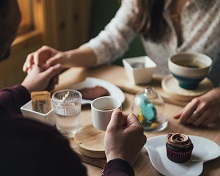 Monkey, part of NBCUniversal International Studios, a division of Universal Studio Group, is making the 8 x 30 for Sky One; the executive  producers are Jessica Thomas and David Granger with Sarah Pack as series producer. The format is licensed globally by NBCUniversal Formats.

The UK iteration will see a group of singletons sent on blind dates, set up by comedians. The comics will be given some control over a diverse range of matches and will then watch and weigh in on the dates, giving unfiltered commentary on every awkward interaction.

Granger, who is creative director at Monkey, said: “Dating No Filter is a dating format that gives us the delightful opportunity to matchmake the best of British comedy talent with the best of British single people. We all look forward to the joy, fun and love that should come from such a great combination.”

The commission marks the second international adaptation of the format, following the Polish version, which is currently airing on Polsat Café.