The Ipcress File to film in Liverpool & Croatia 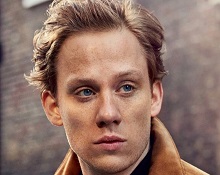 Len Deighton’s iconic spy thriller, The Ipcress File, has been adapted as a 6 x 60 thriller for ITV, set to film in Liverpool and Croatia next year, starring Joe Cole (pictured) as Harry Palmer, Lucy Boynton and Tom Hollander.

Clarke said: “Altitude are delighted to be taking our first steps into television as the company continues to grow and we are very excited to announce The Ipcress File as our debut production with our friends at ITV and ITV Studios.

“James Watkins and I are both huge fans of Len Deighton's Harry Palmer books and have wanted to film The Ipcress File for a long time. John Hodge’s incredible writing talents have wonderfully adapted those stories into a thrilling six-part series.”


Watkins commented: “We can’t wait to bring Len Deighton’s intoxicating web of spies - sexier than Smiley’s people, more real than Bond - to a wider television audience. With his sly wit and understated integrity clashing against the establishment, working-class spy Harry Palmer is more relevant than ever.”

The series marks the first major production for Altitude Television, part of the larger Altitude independent British media group behind releases such as Amy, Moonlight, Diego Maradona, Calm With Horses, Horrible Histories: The Movie – Rotten Romans, and Rocks. The series will be produced in association with ITV Studios.

ITV Studios are providing significant financing, with other co-financiers including the Liverpool Film Office, Lipsync, Filmgate and the Finnish National and Regional Funds, with Cofiloisirs Bank cashflowing. Reno Antoniades at Lee & Thompson will be handling legal.

ITV’s Head of Drama Polly Hill has commissioned the series from Altitude and will oversee the drama from the channel’s perspective.

The Ipcress File will be filmed on location in Liverpool and Croatia during 2021, with a split of around 60% in the UK and 40% in Croatia.

PI subscribers can log in from 11 December for shoot dates and HoDs on The Ipcress File.