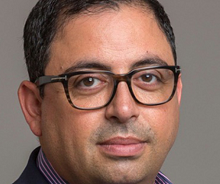 Kousetta was uncontested as chair during the recent Pact Council elections. Additionally, eleven members have been elected to Pact Council for the same period.

Kousetta takes over from All3Media COO, Sara Geater, who stands down at the end of the year having served the maximum four-year term as chair. Geater’s recent remit included playing a key role in Pact’s Covid-19 response this year, working with industry partners and government officials to help ensure production could get up and running again.

Jousetta joined See-Saw Films in 2014 to co-run its TV division and has, throughout his career, overseen the finance and production of a large number of films and television programmes. He has been co-chair of Pact’s film policy group for the past two years and currently sits on Pact Council.