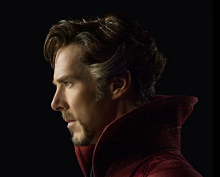 Produced by Marvel Studios, the feature is a sequel to 2016’s Doctor Strange and Avengers: Endgame, and marks the 29th film in the Marvel Cinematic Universe (MCU). Elizabeth Olsen, Benedict Wong and Chiwetel Ejiofor co-star.

Sam Raimi is in the director’s chair, having replaced Scott Derrickson earlier this year; Derrickson remains involved as an executive producer.

Longcross Studios is one of the UK’s key production hubs, permanent home to the long-running BBC One hit period drama Call the Midwife. It recently hosted filming on Kenneth Branagh’s big-screen adaptation of Death on the Nile.

The demand for UK studio space is huge, and as a result there are several major expansion schemes in the pipeline as well as plans for new, purpose-built sites due to open in the next two years.

Jodie Comer films The End We Start From

Production gets underway this week on The End We Start From, an apocalyptic thriller starring Jodie Comer, directed by Mahalia Belo.

Paramount+ continues to impact the UK production landscape as another original drama commission for the new streamer gets up and running this week.