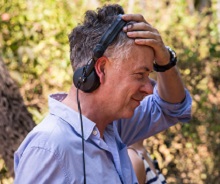 Michael Winterbottom and his production company Revolution Films have signed an exclusive first-look deal with Fremantle to develop and produce scripted series and films. The deal was done in collaboration with Richard Brown and his company Passenger.

Their first joint project will be political drama series This Sceptred Isle, a-based-on-real-life drama series about an extraordinary period in the life of UK Prime Minister Boris Johnson, set against the backdrop of the global pandemic.

Developed in partnership with Fremantle and Passenger, the series will tell the true story of the biggest national and personal crisis to face a government leader since World War II. The series will be co-written and directed by Winterbottom, with Melissa Parmenter (Revolution Films) and Richard Brown (Passenger) serving as executive producers. Tim Shipman, political editor of The Sunday Times, is acting as a consultant on the series.

Winterbottom said “We are very excited at the prospect of developing our film and television production with our new partners at Passenger and Fremantle. We want to provide a space where directors can have the freedom to develop and tell the stories they are passionate about."


Brown added “On a personal note I think Michael is among the most inspiring filmmakers working today, and it’s a great privilege to be joining forces with him and his Revolution Films team. One of the objectives behind my partnership with Fremantle is to forge ongoing collaborations with world class talents such as Michael, exemplified by this exciting relationship with Revolution.”