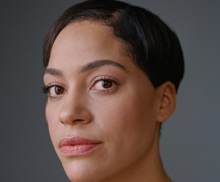 Red Production Company is making the 8 x 60 with filming set to begin in Manchester and the north west early next year.

The drama reunites long-term collaborators Nicola Shindler and Richard Fee as executive producers, alongside creator Coben and Brocklehurst, who is lead writer again.


In keeping with previous adaptations, Stay Close will relocate the story from the US to UK shores.

Stay Close is the latest Netflix project for Coben, as part of his current five-year deal with the streamer to develop 14 of his titles into film and TV dramas, which includes Polish original The Woods, Spanish original The Innocent starring Mario Casas and directed by Oriol Paulo, the film Six Years, written and directed by David Ayer, and Gone for Good, which is currently filming in France. 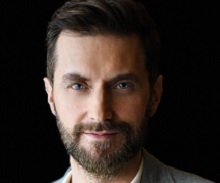 Stay Close centres on three key characters (Jumbo, Armitage and Nesbitt) whose dark secrets resurface, setting off a chain of events which threatens to destroy their lives. As the past comes back to haunt them, threatening to ruin their lives and the lives of those around them, what will be their next move? Sarah Parish is also among the cast.

Nesbitt said: “The team at RED are a northern powerhouse of world-class TV. They are a benchmark for quality drama, and I’m thrilled to be part of such a great production. The scripts drew me in from the get-go and I am looking forward to starting filming.”

Coben commented: “I am so happy and excited to Stay Close (pun intended) with Danny Brocklehurst, Nicola Shindler and Richard Fee — the same team that made The Stranger, Safe and The Five.  And talk about a dream-come-true cast – Cush Jumbo, an incendiary and awesome talent; Jimmy Nesbitt, a legendary actor I always wanted to collaborate with; and wow, Richard Armitage back again!  Netflix has been a wonderful home, and from what I’ve seen so far, Stay Close will be our most gripping and binge-able series yet.”

Brocklehurst remarked: “After the phenomenal success of The Stranger, I’m elated to be collaborating once again with RED, Netflix and the master storyteller Harlan Coben.  Stay Close will be a compelling twisty turny ride through the dark heart of suburban life that leaves viewers desperate for answers.”

As of 30 October, Production Intelligence subscribers can log in for more details on the precise shoot dates and other key HoDs on board Stay Close. Non-subscribers can click here for a free online demo.