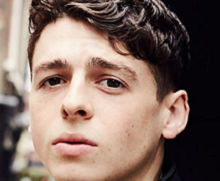 Cameras are rolling on BBC Two’s Danny Boy (w/t), a drama from Expectation based on the real-life case of soldier Brian Wood who, after winning the Military Cross for gallantry, was subsequently accused of war crimes in Iraq.

Robert Jones has written the feature-length, single drama, which explores the sequence of events from the battlefield – at so-called Checkpoint Danny Boy – to the wide-ranging public inquiry, the Al-Sweady Inquiry.

Boyle said: “I’m thrilled to be working with Sam Miller on Robert Jones’ phenomenal script, and telling Brian’s extraordinary story. We get to explore not just the realities of war, but how they can come back to haunt you.” 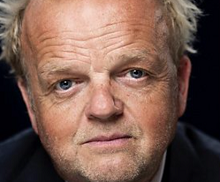 Jones added: “Robert has written an extraordinarily compelling, intelligent and nuanced script, and it’s a real honour to be working with Danny Boy’s exceptional cast and creative team to bring it to the screen.”

Miller remarked: “I’m very excited to be telling this story featuring the Battle of Danny Boy and the subsequent fallout, both personally and politically, for Brian and others.

"The film is a candid and subtle delve into a troubled sequence in recent history that sets up an undertow threatening all those involved. The intimate questions raised about the nature of soldiering and the political ramifications are never more prescient.

“I’m personally extremely pleased to be working with BBC Two and Colin and Sue's team at Expectation, and a wonderful cast headed by Anthony Boyle, Toby Jones, Leah McNamara and Alex Ferns.”

Sam Miller directs; Simon Lewis produces. The executive producers are Colin Barr and Susan Horth for Expectation and Lucy Richer for the BBC.