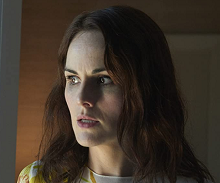 Michelle Dockery, Sienna Miller and Rupert Friend head the cast of Anatomy of a Scandal which begins filming in London this week.

The 6 x 60 Netflix drama is adapted from Sarah Vaughan's political thriller about a high-profile marriage that begins to unravel when the husband – a well-known politician (Friend) - is accused of rape.

Sophie (played by Miller) is convinced of her husband’s innocence, while prosecutor Kate (Dockery) is sure of his guilt.

David E Kelley (Big Little Lies) and Melissa James Gibson (House of Cards) have collaborated on the anthology series that will be directed by SJ Clarkson. Kelly also joins the roster of exec producers that includes Liza Chasin and Bruna Papandrea.

Production Intelligence subscribers have had access to full details on Anatomy of a Scandal since August, including a round-up of the HoDs on board, the studio and shoot dates. Click here to request a free online demo.

The drama is one of several scripted projects that are underway around the UK. The fourth series of Top Boy 4 has just begun shooting in and around London, as has Jimmy McGovern’s prison drama Time, starring Stephen Graham and Sean Bean, currently in production in Liverpool and Shrewsbury.