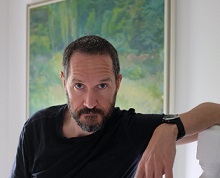 Three of PD James’ best-selling Inspector Dalgliesh mysteries are set to be adapted for television with Bertie Carvel as the eponymous detective.

Acorn TV and Channel 5 have commissioned the series from New Pictures with additional funding from Northern Ireland Screen; production will begin in December in Northern Ireland.

Starting in the mid-1970s England, the exciting new crime series is told from the perspective of Dalgliesh and follows his career to present day as he solves unusual murders and reveals buried secrets.


The drama will be delivered as three two-part films, Shroud for a Nightingale, The Black Tower and A Taste for Death, each comprising 2 x 60 minutes.


Pyke said of the project: “It’s a great honour to bring these much loved detective mysteries to life for fans of the books but also for new audiences. We are incredibly excited by the talent they are attracting and the opportunity to work with Acorn TV and Channel 5.”