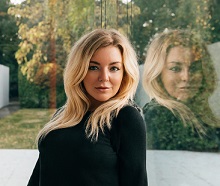 Danny Brocklehurst has written the four-parter that centres on a supposedly idyllic family holiday to Turkey. The trip becomes a nightmare with Kathy (Smith) and her husband Martin are left fighting desperately for their son’s freedom after he is accused of a serious crime.

Smith said of the project: “I’m such a big fan of Danny Brocklehurst and Red Production, they make incredible dramas. I was thrilled to be asked to play Kathy in this exciting production and to be at ITV again. Can’t wait to start filming on this thrilling, complex story about family finding their way through a terrifying situation.”

Brocklehurst added: “No Return is truly a passion project for me. It's the story of a family caught in a modern nightmare but it allows us to explore themes of parenthood, justice, addiction and consent. I am delighted to be working with the amazing Sheridan Smith and once again partnering with ITV, and the brilliant Nicola Shindler and Hannah Quinn.”