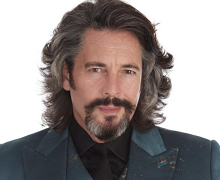 Channel 4 has revived the home-DIY series Changing Rooms with a series order from Shine TV for a run of 6 x 60.

Davina McCall will present the show, which sees the return of one of its original regular designers, Laurence Llewelyn-Bowen.

Dulux is on board the new series, which will see two sets of homeowners from the same neighbourhood work against the clock to renovate a room in each other’s houses.


The homeowners will be helped by two teams of experts, with Llewelyn-Bowen captaining one and a second interior designer leading the other.

Llewelyn-Bowen said: “There’s no room for beige in our homes and, just as it was in the 90s, Changing Rooms is once more the homestyle antidote to Britain’s blues (and greys and taupes, and even Magnolia). It’s taken quite a lot of coaxing to get me under the Changing Rooms banner once more, but nothing like as much coaxing as it’s going to take for me to squeeze those leather trousers back on.”

Mark Sammon, director of entertainment, Shine TV, added: “I'm delighted we're bringing the Godfather of home makeover back to the UK. Changing Rooms is bigger, brighter and better than ever, and on a mission to bring colour to the walls of the nation.”