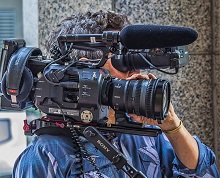 The fund was launched in March with a £1m donation from Netflix, which the company later topped up with an additional £150,000.

The scheme – which closes for applications on 12 October – aims to help film, television and cinema workers in the UK that have been hit hardest by the outbreak, by providing them with financial and wellbeing support to help sustain them and their careers for up to six months.

The fund is also intended to assist and protect diverse emerging talent and underrepresented groups already facing barriers to staying in the industry, including Black, Asian and minority ethnic creatives; women; those living outside of London; and people with a disability.

Anne Mensah, vice president, original scripted series at Netflix, said: “Netflix owes so much to the electricians, carpenters, make-up artists, camera crews and others that make our productions possible. That’s why we have been proud to support the Film and TV Charity’s incredible efforts to see the industry through these difficult times.

“We know that those from diverse backgrounds have been disproportionately impacted by Covid and we simply cannot afford to lose this talent from our sector. I strongly encourage people in the industry that are struggling and feel like they fit the criteria to apply as soon as possible.”

Since the start of the crisis, the Film and TV Charity has distributed more than £3.3million in financial support and launched a range of new mental wellbeing services to support thousands of workers in the UK film, television, and cinema industry.

The fund closes on October 12th. For details, click here.