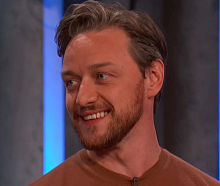 James McAvoy and Claire Foy will lead the cast of My Son, an English-language remake of the French thriller. Filming begins in Scotland in early November.

The original, released in 2017, starred Guillaume Canet as an absentee father searching for his kidnapped son. That movie’s director, Christian Carion, will also be at the helm of the English-language version.

As with the original, the lead actor – in this instance McAvoy – will play the role largely using improvisation. He will not have a script or be given dialogue, so his character will only be loosely aware of how the story unfolds, thus enhancing the air of mystery surrounding his life. The rest of the cast and crew will be aware of the scenes.

“We’re thrilled to be working with Christian to create ‘My Son’ for worldwide audiences,” said Adam Fogelson of STXfilms Motion Picture Group.

“James will be doing the detective work of the film in real time, on camera, to create real tension for this thriller. We like to support bold and innovative storytelling like ‘My Son,’ and Claire could not be a more spectacular or exciting choice for this film, which is certain to thrill audiences.”