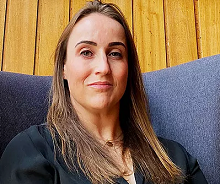 Sheppard joins from post-production house Warner Brothers De Lane Lea, where she was MD for the past four years.

Sheppard said of her new role: "I’m delighted to be joining the world renowned and highly awarded film and TV studios that is TW1...

“... This is a time to bravely respect the legacy of the studios and all the iconic work that has gone before, from the likes of Zulu, The Italian Job, 1917, War Horse, Baby Driver, The Iron Lady to Netflix’s The Witcher, ITV’s Belgravia, Netflix’s Black Mirror, Bohemian Rhapsody and most recently Netflix’s The Duchess and the current top trending film on Netflix Enola Holmes. From which I want us to be ambitious, so as to evolve TW1 into a future focused, multi-discipline studio aimed at UK, US and wider International clients.

“I will be focused on our creative offering, the acquisition and development of the industry’s best talent. Enhancing our unique TW1 client experience here in St Margarets. I want to ensure TW1 is a destination, as well as being able to house projects servicing clients anywhere in the world. TW1 will be a creative hub to collaborate with leading industry partners."