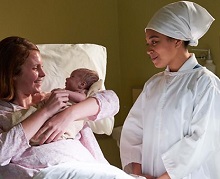 The scheme will offer five successful applicants £20,000 each to be trained and guided through the development process of writing their own original screenplay.

Over the course of three months, each writer selected will write either a TV pilot or a feature film script.


During the writing process, each bursary recipient will be encouraged and mentored by the Neal Street development team, providing one-to-one support as the screenplay evolves.

Each applicant will submit a treatment, first draft and re-write within the writing period and will be able to discuss and gain advice at each stage. Neal Street may work with the successful applicant/s to develop the screenplay further.

Click here for full details on eligibility criteria and how to apply. Submissions are open until 9 October.