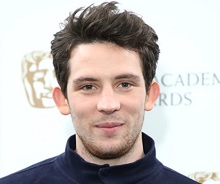 Adapted by Alice Birch, the romantic drama is set in 1924 and stars Josh O’Connor (pictured), Odessa Young, Olivia Colman and Colin Firth. It is backed by the BFI and Film 4.

Producer Elizabeth Karlsen, co-founder of Number 9, told Screen that the film has “the normal production insurance” and is bonded through Film Finances. But the government insurance scheme was vital as the production insurer and bond company had exclusions for costs incurred by Covid-related issues.

Mothering Sunday is one of a swathe of films and high-end TV dramas to be kick-started by the UK government insurance backstop. Other projects to have started shooting in recent days include Too Close, The Pact, Finding Alice, Grace and Close to Me.