Cameras roll again around the UK 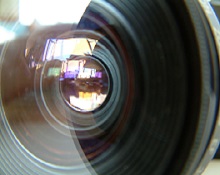 It’s been a busy couple of weeks for the UK production industry as projects around the country get back up and running, under strict Covid-19 safety guidelines.

Close To Me is a 6-part C4 and Viaplay commission starring Connie Nielson. Written by Angela Pell and based on Amanda Reynolds’ novel, it centres on Jo Harding, who wakes up in hospital with partial amnesia, affecting her memory of the past year.

A couple of returners are also back in production – the third series of Joseph Gilgun’s semi-autobiographical Brassic is underway and the long-running forensic drama Silent Witness hits its 24th season.

Brassic is to be delivered as an 8 x 60 for Sky One, and comes from Calamity Films and writer Danny Brocklehurst. Joseph Gilgun, Michelle Keegan and Damien Molony star.

Silent Witness is made in-house by the BBC; Lawrence Till produces the current 7-month shoot.

Production Intelligence subscribers have had access to key information on these projects for several months, including exact shoot dates and names of the key HoDs on board. Non-subscribers can click here to request a free online demo.