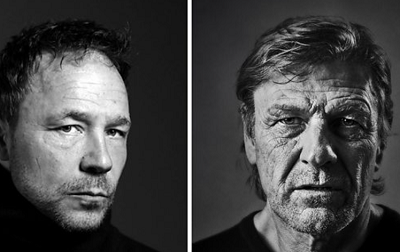 The three-part series comes from BBC Studios Production and begins filming in Liverpool this autumn.


Seen through the eyes of two very different men, Time depicts life in the modern British penal system. Bean plays Mark Hebden, a teacher, husband and father who killed an innocent man in an accident; Graham is Eric Reid, a caring and honest prison officer who tries to protect those in his charge.

Time will be directed by Lewis Arnold and executive produced by Tom Sherry and Michael Parke for BBC Studios and Lucy Richer for the BBC. It will be produced by Simon Maloney.

McGovern said: “The BBC have given me a brilliant young director and two of the greatest actors on the planet. I am overjoyed.”

Graham commented : “It is an absolute honour to be working with Jimmy again, I’m feeling blessed. I’m excited to be working with Lewis as I have heard so many incredible things about him as a director, I can’t wait to get stuck in. Of course, I am made up to be back on set with Sean.”

Bean added: “Getting to be involved in a Jimmy McGovern drama again is a real privilege and it will be great to be reunited with Stephen. Mark Hebden is another of Jimmy’s complex and superbly written characters and I am looking forward to bringing him to life on screen.”