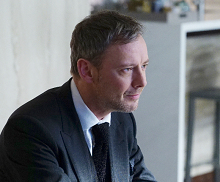 The mini-series had originally been scheduled to start filming in late April, but was one of the many projects that fell down due to the pandemic lockdown.

James said of the project: “John Simm, who actually looks like the Roy Grace of my imagination, is inspired casting!  With John in the lead, the brilliant scripting by Russell Lewis, and our wonderful production team, I’m confident that fans of my novels and of TV crime dramas in general will be in for a treat.”

The third series of Amsterdam-set crime drama Van Der Valk is set to film later this month, with Marc Warren returning as the titular ‘tec.

E4 has commissioned a full series of extreme survival competition format, Naked, Alone and Racing to Get Home (w/t) following a successful pilot.