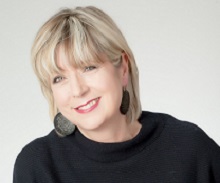 Laura Aviles (pictured) has been appointed senior film manager by Bristol City Council, responsible for the management of The Bottle Yard Studios and Bristol Film Office.

Aviles is a production specialist with more than 25 years’ industry experience.

Her remit will include delivering the local council’s filming strategy and promoting Bristol’s offering as a film-friendly location, including the studios.

Aviles said of her new role: “Having built my production career in Bristol producing content for many different commissioners and channels, I’ve worked with and witnessed the skills and professionalism of Bristol crew and facilities companies first-hand. I’ve watched the city’s reputation for filming rise, due in no small part to the hard work of the small teams at The Bottle Yard Studios and Bristol Film Office...

“… With production gearing up across the UK, my focus is firmly on ensuring that as a unified film team we can continue to build on past successes, to benefit Bristol’s crews, supply chains and partner businesses.”

Also in line to film at the Studios is Emily Mortimer’s BBC One adaptation of Nancy Mitford’s celebrated novel The Pursuit Of Love starring Lily James, which has begun filming in the Bristol and Bath area, and the second series of McDonald & Dodds.

PI subscribers can log in for more on what is due to film at The Bottle Yard – including a major historical drama - and follow the studios for updates.