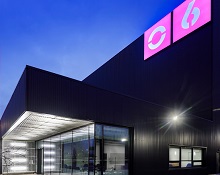 Work has begun on the (second) expansion of the site in West Gorton, with a plan to develop two new 20,000 sq ft sound stages with ancillary accommodation.

Initial design work for the proposed new stages is expected to commence this autumn with a target date for planning approval of summer 2021. Construction could start in around a year’s time with a view to the expansion opening in autumn 2022. 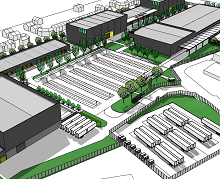 Space Studios opened in 2014 and has been attributed with a parallel rise in location filming in the Manchester area, which now regularly sees nearly 700 filming days per year, with an on-location spend of around £6.5m. ~

Some of the high-profile projects to have utilised the studio space and its environs include Morbius, which doubled the city’s Northern Quarter for New York, Peaky Blinders and Devs.

Colin Johnson, MD of Space Studios said: “The UK tax break and the ever-growing need for content from streaming services has meant demand for studio space in the UK has been at an all-time high.

“Having the studios here in Manchester has meant we can capitalise on that demand and provide jobs and opportunities to local people and businesses. We are really excited to continue to build on that growth and really establish Space Studios as the home for High End TV Drama.”

Demand for studio space in the UK is at an all-time high, as some of the US giants have taken over facilities including Pinewood (Disney) and Shepperton (Netflix). With inward investment projects making up a hefty percentage of production spend in the UK – around £3bn in 2019 – the fight for space is more contested than ever.

Space Studios is one of several existing sites to be undergoing expansion plans, and ground has been broken on several purpose-built planned developments around the country.