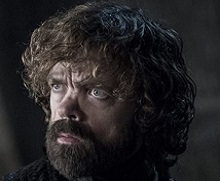 The MGM film is an adaptation of Erica Schmidt’s musical – itself an iteration of the Edmond Rostand play Cyrano de Bergerac– that will star Dinklage in the role he originally played on stage in the US.

Schmidt has also written the screenplay for the feature, which is directed by Joe Wright. Tim Bevan and Eric Fellner produce for Working Title alongside Guy Heeley.

Rostand’s classic play Cyrano de Bergerac was written in 1897 and centres on a cadet in the French army who, although a gifted poet and accomplished swordsman, has an extremely large nose that fills him with self-doubt and stops him declaring his love for his beautiful, distant cousin, Roxanne.

Production Intelligence subscribers can log in for more on Cyrano, including the UK HoDs and shoot dates.

Italy’s profile as a film-friendly destination has soared in recent years – a combination of stunning location backdrops and a 30% tax credit. Recent high-profile UK projects to have filmed there include No Time to Die which shot in Maratea and Matera in southern Italy.

Brooks Smith Media a drone filming company based in Hertfordshire near Leavesden Studios, Bovingdon Studios and Shepperton Studios. We carry an Open Authorisation from the… more Call: 01442 800900   |   Add to Shortlist