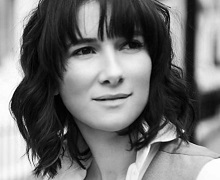 The 1960s-set drama was one of a huge swathe of scripted projects that was abruptly suspended when the national lockdown was imposed in March.


A 4 x 60 for BBC One, the series is written by Sarah Solemani (pictured), adapted from the novel by Jo Bloom.

Ridley Road is a thriller set against the backdrop of a London where far-right fascism is on the rise. When Vivien Epstein follows her lover into danger and he is caught between life and death, Vivien finds herself going undercover with the fascists, not only for him but for the sake of her country.

While writing Ridley Road, Solemani undertook extensive research into the period. At the time the commission was announced, she said: “Britain’s relationship with fascism is closer and more alive than we like to think. Luckily, so is our rich heritage of fighting it.

“Jo Bloom’s gripping book revealed a darker side of sixties London and the staggering contribution the Jewish community made in the battle against racism. I am thrilled to be working with RED and the BBC to bring this little-known slice of British history to the screen.”

Nicola Shindler, executive producer and chief executive of Red Production Company, added: “It’s hugely exciting to adapt this story into a drama. I loved the book, and Sarah’s script has brilliantly captured the passionate love story coupled with the social tensions amid the rise of fascism and the vivid wonderment of the swinging sixties.

“While it’s set during a relatively unknown part of British history, Ridley Road echoes what is happening today with the growing rhetoric against people of a different race or nationality, and it feels like a really timely drama to bring to audiences.”

Production Intelligence subscribers can log in for more details on shoot dates and a full round-up of the HoDs on board Ridley Road; non-subscribers can click here to request a free online demo.