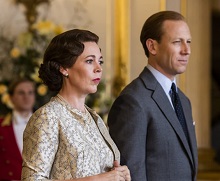 Hertsmere Borough councillors agreed at a meeting last week that the local authority would approve the funding subject to formal notification that another £6 million of government funding will be granted for the project via the Hertfordshire Local Enterprise Partnership (LEP).


It is hoped that the expansion – largely comprising two new soundstages and ancillary facilities - will provide 800 jobs a year for the next 50 years; at the meeting it was also agreed that £100,000 per year of the project's profits will be invested into the creative industries in Hertsmere, including local media and creative enterprises and initiatives.

The iconic studio currently hosts high-profile projects including The Crown and Strictly Come Dancing but the lack of space has seen the company having to turn away approaches from HETV projects and major feature films.

Leader of the council, Cllr Morris Bright, said: “Elstree Studios represents the beating heart of our borough – it is a fundamental part of our heritage having been in operation here in Borehamwood since the 1920s.

“We are committed to realising this project as a huge boon for our residents and businesses; the wider Hertfordshire community and the UK’s creative sector.

“The two new sound-stages will result in 800 new jobs and more than 100 new learner or apprenticeship opportunities per year, providing much-needed and very welcome employment and training opportunities for local people.

“If realised, this project will come at a time when many of our residents are experiencing severe financial difficulties following the coronavirus pandemic.

The two stages, which are similar in design to the ‘George Lucas’ studio building, will be available for use separately or combined to form a supersize soundstage.

Meanwhile, work on Sky Studios Elstree, a 12 stage production facility off Rowley Lane in Borehamwood, is moving ahead after the planning application was given the green light last month.