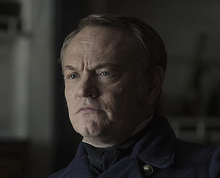 Chernobyl star Jared Harris’s next TV project has set up a 11-week shoot on the Isle of Wight, starting on 31 August.

The Beast Must Die is one of a tranche of recently-announced Britbox Originals and is a revenge thriller based on the book by Nicholas Blake, the pseudonym of Cecil Day-Lewis.

Ridley Scott’s Scott Free Productions and New Regency Pictures are making the drama, to be delivered as a 5 x 60.

It tells the story of a grieving mother who infiltrates the life of a man whom she believes killed her son. Cush Jumbo, Billy Howle and Nathaniel Parker co-star.

Karukoski commented: “Gaby tricked me. I never anticipated to get so engaged with this evocative vendetta from a grieving mother, but that happened – and suddenly The Beast Must Die became an obsession for me. Pain and loss cause anger and the need to find revenge; to find a target. I find the story intriguing as to whether the beast is the person we want to take revenge upon or if the beast is within us - one who wants to replace grief with hate”.

He added: “The production has given us the tools to portray this story safely and with great respect during these troubling times. I can’t wait to be back at work and do what directors love the most. Seeing actors like Cush, Jared, Billy and the iconic Geraldine James bring their heart and soul into these characters.”

Chiappe said: “What captured me when I read the novel was the combination of a thriller pulse and complex, nuanced characters; heightened action driven by truthful emotion. It’s what I hope I have managed to capture and translate to the screen more than eighty years after the book was first published.

"After so long spent in the company of the characters they are very real to me so it’s been hugely exciting to work with Dome and the production team and more recently with some of the actors to try and dig even deeper. I think the passion that has gone into developing this project through very difficult times, and the passion that is now going into shooting it in such challenging conditions, will make it something very special indeed.”

Production Intelligence subscribers have had access to details on The Beast Must Die - including HoDs, filming location and shoot dates - since July.

The Isle of Wight is not particularly well-known as a filming destination, although the historic Osborne House has appeared on screen in features such as Victoria & Abdul, and it was reported in local outlets last year that new Bond movie No Time to Die shot scenes in the Solent, just off the coast of the island.