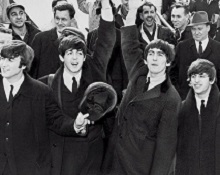 Sky has announced a raft of five original commissions for its newly-launched Sky Documentaries platform, including a fresh look at the murder of John Lennon.

John Lennon - ‘Let Me Take You Down’ is a feature-length film from Zig Zag Productions. Journalist Jack Jones, who has been the confidant of Lennon’s killer Mark Chapman for nearly 40 years, explores the nature of Chapman’s obsession; the doc will include an exclusive interview with the convicted killer.

2020 marks the 50th anniversary of the trial of the first ever kidnap and ransom case in Britain. The Wimbledon Kidnapping (1 x 90) will explore the disappearance of Muriel McKay in 1969 and will include footage of one of those convicted of her murder speaking for the first time.

In Buzz 16’s hour-long The Law Man, contemporaries and teammates of footballer Dennis Law will pay tribute to the sportsman, set against an exploration of his childhood in Aberdeen and a look back over his career. The executive producer is Scott Melvin, producer/director Nick Mattingly, and Mark Keisner produces.

The same team at Buzz 16 (in association with New Stance) is also behind Micah Richards: Tackling Racism in which the Premier League footballer explores the true scale of the racism problem in British football, and what can be done about it.

The fifth doc project on the slate is Minnow Films’ feature-length Sir Stirling Moss, The Uncrowned King of F1 (w/t). The programmes contains an expansive archive of Moss on the track and at home, and is exec produced by Morgan Matthews and Grace Reynolds. Francis Longhurst directs; Saskia Smith produces.

Sky’s director of factual, Poppy Dixon, said: “Since joining Sky a matter of months ago, I’ve been thrilled by the breadth of ambition for our brand-new factual channels. These five films join an already incredible slate of content which I look forward to building on in the coming weeks and months.


"The range of subjects and tones featured in these announcements are just a taste of what I hope to explore on Sky Documentaries in the future.”

The new shows are in pre-production or production.