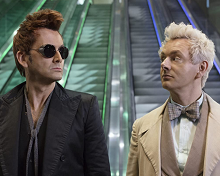 Amazon Prime Video and Amazon Studios are donating £4.6m ($6m) towards getting the UK and European screen sectors back on track.

A tranche of £1m will go to the UK’s Film and TV Charity for a new system of grants.

The Film and TV Charity is aiming to reach a total fund of £3.2m for the new grants system, and is calling on the industry and individual donors to come forward. Those eligible for the grant can apply for up to £4500.

Since the start of the crisis, the Film and TV Charity has distributed more than £3.3m in financial support and launched a range of mental wellbeing services.

The SVoD giant is also giving £500,000 to the Theatre Community Fund, launched with £1m in June by Phoebe Waller-Bridge, Francesca Moody and Olivia Colman to provide fiscal support for theatre workers and freelancers.

Jennifer Salke, head of Amazon Studios, said: “We’ve made our first donations of £1.5m today to provide support to the talented freelancers from the UK’s creative community who have been directly affected by the closure of theatres and halt in TV & film production.

“As we gear up production on a number of Amazon Original series across the UK and Europe in the coming months, we’re committed to continuing to support Europe’s talented creative community through this crisis.”

Alex Pumfrey, CEO of the Film and TV Charity, added: “We know that the pandemic has a disproportionate impact on people who are already underrepresented in our industry and that we must take action to prevent even greater inequality.

“There is a time-limited opportunity to protect the diversity of our industry for the future and I hope that others will seize this moment to contribute to our Covid-19 response.”