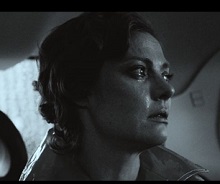 Filming has begun in London on Alone, the directorial debut of Goldfinch CEO Kirsty Bell.


The idea was conceived by Bell in the first week of lockdown and written in short order throughout the lockdown period.

Shooting on Alone has just got underway and will wrap around the middle of August. Ben Charles Edwards produces, Philippe Martinez exec produces and Sergio Delgado is DoP.

Shot in black and white in a cinema verité style, the film is told as six interlinked narratives and tells the story of when lockdown is imposed, and the cast and crew of a film are taken from the set and sent home – alone.

Bell said: “We are immensely proud of the fact that we have managed to get up and running so quickly. We have enabled over 70 cast and crew to get back to work and the atmosphere on set has been overwhelmingly positive and assuring.


“Our Goldfinch team and each production team have been fantastically resourceful, positive and hardworking to come up with solutions to work within the new COVID protocols. It’s the can-do attitude of our people that will ultimately get us back up and running as quickly as possible.”