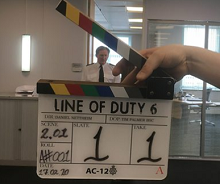 The fund was unveiled as part of a more detailed document on how £880 million of the government’s £1.57 billion Culture Recovery Fund will support cultural, arts and heritage organisations.

Many productions are starting tentatively to get back up and running in the UK, but the majority have been stymied up until now by the struggle to obtain Covid-related insurance.


The new fund aims to provide confidence via a fiscal backstop if future losses are incurred due to the pandemic, such as cast and crew illness and shoot delays or disruption.

The Film and TV Production Restart Scheme will be made available to all productions made by companies where at least half the production budget is spent in the UK, and there is no budget cap on the contributions.

“Our screen industries are high growth, jobs creating and showcase the best of British creativity and innovation, and I’m pleased we can give them this jump-start to get the cameras rolling again on this £12 billion industry.

Further details on the eligibility process and claims system will be available in the coming weeks.

John McVay, PACT chief executive, said: “This is very welcome news from the UK Government who have worked at pace with the UK’s film, TV and broadcasting industry to develop a fund that will unlock tens of millions of pounds of production spend and help to get production companies and freelancers back to work doing what we do best making great programmes for the UK and global audiences.”

"The insurance news is really positive because it means a lot more people again starting to shoot television series and films and applying our Covid-19 guidance," enthused Adrian Wootton, CEO of the British Film Commission, to our sister site, KFTV.

"We've already started to see productions resume and now with the boon that's come with the insurance fund, it means it will free up the rest of the backlog of people that couldn't start because they were hampered by a lack of insurance."

In the UK, the film and television production industry supports more than 180,000 jobs and contributes more than £12bn to the economy each year.

Line of Duty image via BBC.