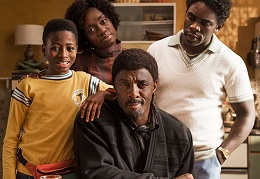 Elba founded Green Door in 2013; it has since gone on to make three series of 1980s-set comedy In the Long Run (pictured), loosely based on Elba’s own childhood; Turn Up Charlie; Guerrilla and documentary Idris Elba: Fighter.

Apple has been signing up several notables recently including Julia Louis-Dreyfus, Oprah Winfrey and, in the last week or so, has inked a deal with the Maurice Sendak Foundation to reimagine new children’s series and specials based on Sendak’s books and illustrations.