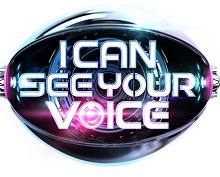 BBC One is to make an English-language version of hit South Korean format I Can See Your Voice, a mystery music guessing game.

Fremantle labels Thames and Naked will produce the 8 x 60 which sees a team of two players aiming to win a cash prize by guessing who can and can’t sing from a group of mystery singers standing before them, with the help of a panel of celebrity experts.

The original South Korean show was produced by CJ ENM, whose head of format Diane Min added: “I Can See Your Voice is one of the most powerful original formats with various local versions.


"With seven seasons since its 2015 premier in Korea, we are happy to have new countries to adapt the show to continue its success of travelling the world. We hope that I Can See Your Voice can continue to be the international format that represents Korean music entertainment.”

I Can See Your Voice will air next year. The executive producers are Amelia Brown and Louise Hutchinson for Thames and Tom O’Brien for Naked.