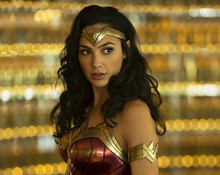 A new report by research firm Oxford Economics for the Creative Industries Federation has projected that the Covid-19 pandemic will result in the loss of more than 400,000 jobs – the equivalent to one in five - and a drop in revenue of around £1.4bn a week in 2020.

The newly-commissioned report, called The Projected Economic Impact of Covid-19 on the UK Creative Industries, contains research that estimates a combined revenue drop of £74bn for the UK’s creative industries in 2020, with a GVA drop of £29bn.

The creative sector is estimated to be hit twice as hard as the wider economy overall and up to three times as hard regionally.

The UK’s creative sector was previously growing at five times the rate of the wider economy, employing over two million people and contributing £111.7 billion to the economy - more than the automotive, aerospace, life sciences and oil and gas industries combined.

Despite the Job Retention Scheme, the report projects that 119,000 permanent creative workers will be made redundant by the end of the year. The impact on employment is set to be felt twice as hard by creative freelancers with 287,000 freelance roles expected to be terminated by the end of 2020.

Scotland is projected to see the largest percentage drop in creative industries GVA (39% / £1.7 billion) and lose 6% of its creative jobs (7,000), owing to a greater use of the furloughing scheme. However, the region is projected to be amongst the hardest hit once the Job Retention Scheme is withdrawn.

The East Midlands is projected to lose 1% of its creative jobs (1,300) but see a 31% (£800 million) drop in creative industries GVA, owing to a greater use of the furloughing scheme. However, the region is projected to be amongst the hardest hit once the Job Retention Scheme is withdrawn.

The North East is projected to lose 3% of its creative jobs (2,000) but see a 37% (£400 million) drop in creative industries GVA, owing again to a greater use of the furloughing scheme. However, like the East Midlands, the region is projected to be hit harder once the Job Retention Scheme is withdrawn.

Yorkshire is projected to see a 3% (£100 million) drop in creative industries GVA.

Caroline Norbury, CEO, Creative Industries Federation, said: “With the economic impact of Covid-19 hitting hard, the role of our creative industries has never been more critical. As well as being a huge driver of economic growth in every part of the UK, our creative and cultural sectors bring communities together, they employ millions and are at the heart of our soft power.  These are the industries of the future: highly innovative, resistant to automation and integral to both our cultural identity and the nation’s mental health. We’re about to need them more than ever.

“Our creative industries have been one of the UK’s biggest success stories but what today’s report makes clear is that, without additional government support, we are heading for a cultural catastrophe. If nothing is done, thousands of world-leading creative businesses are set to close their doors, hundreds of thousands of jobs will be lost and billions will be lost to our economy. The repercussions would have a devastating and irreversible effect on our country…

“… It is time to both imagine and engineer our future. We will need our creative industries to do that. They are too important to ignore.”

Ben Roberts, chief executive, BFI said: “Film and cinema stand shoulder to shoulder with our creative counterparts; we are all vital to the cultural fabric of our lives and our well-being, which we need more than ever.

"Our creative industries are huge contributors to the UK economy bringing in billions in international investment and providing thousands of jobs across the UK. Film and television production are now restarting and cinemas are hoping to reopen next month. However, there are still huge risks for independent filmmakers and for cinemas trying to make it through recovery and we are committed to supporting them through the ongoing challenges.”