Been So Long producers seek screenwriters 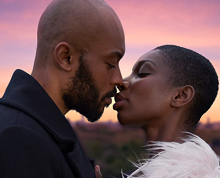 Script Search aims to uncover diverse new talent; the successful applicants will see their screenplays taken in to paid development.

Free to enter, submissions should consist of a two-page pitch of a feature film idea and 10-15 pages of the script.

Greenacre will select several projects to take through to the next stage. Selected writers will receive a fee to develop their idea into a 10-page treatment. If writers are then asked to develop the full script, they will be paid industry standard fees.

“We’re excited to be working with the Triforce Creative Network on #ScriptSearch. We’re keen to find exciting new projects - and it’s great to offer unknown writers the rare chance to have their feature film idea developed” said Nadine Marsh-Edwards of Greenacre Films.

TriForce Creative Network will support Greenacre in finding the projects to take forward, with 10 finalists taking part in an online workshop with writer and script editor Fraser Ayres (In the Long Run, Doctors, Maynard).

The deadline for submissions is 19 July. For more information, click here.