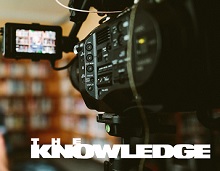 The release of the 44-page document followed a wide-ranging consultation and is intended as scalable, advisory guidance.

The Knowledge asked some industry experts for their reactions to the contents of the report.

“Having read the BFC’s safety guidelines, they are largely consistent with expectations and also in line with the US Guild guidelines which have also just been published.

“Productions are going to have to consider both the budgetary and creative implications but I am confident that this process will not be a barrier to production resuming, the real issue is still the insurance and completion [of] guarantee Covid exclusions, and this is really the key piece in the jigsaw that needs to fall into place in order to kickstart production."

"The BFC has led a fantastic collaborative effort from across the UK screen industries to pull together this detailed framework, which puts the health and safety of cast and crew at the forefront of all decisions for getting productions shooting again.

"This is very much in line with 3 Mills Studios’ own guidelines, which we have already successfully implemented to facilitate a small TV entertainment shoot on site.

"In addition to this shoot at 3 Mills, we are excited that one of our key long-term tenants, One Stop Films, has been able to recently continue providing its high-end camera, lens and grip hire services to a number of shoots around London.

"We are very hopeful that the BFC guidance will continue to build confidence in safely progressing with film and TV production in the UK.

"From a studio perspective, the key will be in the application of robust health and safety risk assessments, in particular by productions at the studios but also across the whole industry supply chain – so we will need to work very closely with our clients to ensure this level of detailed decision making continues as we navigate the logistics of the new normal together.

"The planned online risk assessment training through the Production Guild will be a very important part of building up skills in this area.

"Key issues that still need to be dealt with are insurance, the extra costs of production under these guidelines, and also the likely necessity of a robust and regular testing regime if bigger drama productions are to get back up and running.

"All these issues and more are already being grappled with by other working groups under the leadership of the British Film Institute, and no doubt we will hear more about them soon."

“In the production of high-end television the teams I have had the pleasure of working with have been able to work wonders at the drop off a hat. Both the PACT and BFC guidelines are extensive and fantastic resources and to work need support from all parts of the creative pipeline. Our industry has always needed and benefits from having agreed scripts, cast and schedules weeks in advance of a camera coming out of its flight case.

“We always ‘pull it off’ because every single person on a production is a passionate creative. Now more than ever the production teams and the cast and crew whose safety they are responsible for need commissioners, executives and funders to step up the sanitised plate and help us to do our jobs better, safer and to the guidelines.”

“It is a very comprehensive breakdown of the way forward, in the short term. But what we’re looking at is something that will slowly disappear. The guidance is good for productions that have been on hiatus because of the virus, but by the time new productions begin to go into prep – probably around autumn this year – with filming maybe early next, these protocols will probably not be in place in the same way.

“We know that we all want to work and that you have to protect people, but how much do you protect people?... We all have to adhere to this, with structures, procedures and protocols, but at what point do you say “You’re a grown-up, you assess the risk”?

“I am not going to ask people to sign waivers. It comes back to insurance - we’re in a minefield, and I’m responsible for managing the expectations of the production company and studio. My work will all be done virtually, to start with, but we will have to get braver in the end.”

“From what I’ve read, much of the guidance is common sense and in line with the government guidelines. But there are three other concerns that will have to be addressed before production can really pick up.

“One main concern is that productions will have to work with much smaller crews. The crew I represent are worried that could mean much longer hours on set, corners being cut in terms of working practices etc.

“The second key concern is insurance. Any big production must have insurance in place. Might crew have to sign waivers etc? The government needs to underwrite the insurance, for at least a year or so, as the production industry is such a big contributor to the economy.

“And many big productions can’t get back up until travel quarantine is lifted and free travel is possible, as they use international talent.

“The final part of the square that needs to be solved is about social distancing generally.”

Many thanks to all who contrbuted to this article.

Three of PD James’ best-selling Inspector Dalgliesh mysteries are set to be adapted for television with Bertie Carvel as the eponymous detective.

Sarah Doole to head up Red

Sarah Doole is to become CEO of Red Production Company, taking over from Nicola Shindler from early October.

KFTV has published a comprehensive, special report with its brand partners - Screen International, Broadcast and The Knowledge - about the role and responsibilities of Covid-19 supervisors and their teams on film and TV sets, and how the production landscape has been transformed by Covid-19.

Liverpool’s ambition to create the city’s first pop-up studio is progressing with the official submission of a planning application.