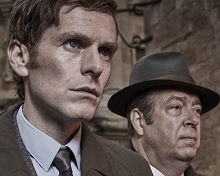 King of Sunshine Productions’ two-hour special will be put together following a public vote drawing on books, TV and film as people are given the opportunity to whittle down a list of the best 50 detectives from the likes of Sherlock to Vera and Inspectors Morse and Barnaby to a top 25.

“Audiences love a murder mystery, and as our debut commission, I can’t think of anything better than seeing which super-sleuth the British public thinks is the best,” Shah told Broadcast.

He paid tribute to ITV for showing continued dedication to producing shows under Covid-19 lockdown, along with opting for a fully-regional indie over the “usual London suspects”.

The indie is also one of nine producers recently selected by Channel 5 director of programmes Ben Frow for the broadcaster’s BAME production scheme.

This article first appeared on Broadcast.