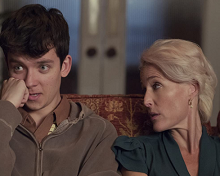 The British Film Commission’s production guidance for film  and high-end TV drama has been greenlit by government and industry, paving the way for filming to resume.

The guidance is intended as advisory – not mandatory – and scalable, with producers encouraged to apply the guidance according to each project’s specific needs. ScreenSkills will be hosting free online training to support screen sector workers in making a safe return to set, studio or location work.

Publication of the report follows detailed industry consultation - reflecting the views of UK and US organisations involved in the full process of production, from large international franchises to independent production; studios; streamers; unions; UK-wide industry bodies and the DCMS.

Key industry bodies such as Pact, the Production Guild and BECTU have contributed to the consultation. Regional screen agencies - Creative England, Film London, Northern Ireland Screen, Screen Scotland and Creative Wales – promoted and managed the consultation around the UK.

The full report can be found here.

The VFX and post-production sector is also publishing COVID-19 sector guidance via UK Screen Alliance, documenting best working practices already in use, as post and VFX have remained open for business during the pandemic.

Further support to apply the guidance will be provided in coming weeks. ScreenSkills is working with Skills for Health, a not-for-profit organisation already delivering COVID-19 crisis training for the NHS, among others, and First Option, industry safety consultants, to develop standards for training to support the safe return to work in film and HETV. Basic level training, delivered free and online, will be rolled out next month.

The work is being supported by the ScreenSkills High-end TV Skills Fund, with contributions from high-end television productions, and the BFI through its National Lottery-funded Future Film Skills strategy.

Culture secretary, Oliver Dowden said: "The UK is recognised around the globe as a brilliant place to make films, and is home to the world's best film and high-end TV talent. We've worked hard to support the industry through these difficult times, and I'm delighted we've been able to agree this step forward towards getting the cameras rolling safely again."

Ben Roberts, chief executive of the BFI, said: “Our film and TV industry has been growing faster than other any other sector, generating over £7.9 billion a year in GVA to the UK economy and employing 166,200 people - so creating scalable guidance to help restart film and high-end TV production as safely and as quickly as possible has been paramount.

“There is still work to done to address the cost of recovery and business insurance as a result of COVID-19, but Government support has been crucial in getting us to this point.”

Andrew M. Smith, corporate affairs director, Pinewood Group, commented: “The framework provided in this guidance is the product of the collaborative and exhaustive efforts of a number of organisations. It is more important than ever to ensure that safety procedures are implemented so the industry can resume.

"These guidelines provide comprehensive advice on how that can be achieved, incorporating the most up to date Government procedures, technical approaches and medical research available.”