Girl with the Dragon Tattoo heading for TV 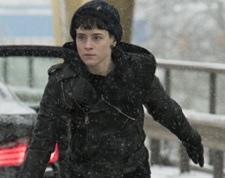 Amazon is developing a TV iteration of The Girl with the Dragon Tattoo with UK production company Left Bank Pictures.

As first reported on Variety, the series will be a standalone drama, which will see protagonist  Lisbeth Salander placed against a contemporary backdrop, with new characters and story arc.

The drama will be produced by Amazon Studios, Left Bank and Sony Pictures Television.

According to a recent Deadline report, Left Bank is also close to signing a deal with Amazon to produce Louise Penny’s Chief Inspector Gamache crime novels as a series called Three Pines.