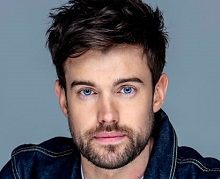 In Jack Whitehall Father’s Day, the comedian and actor will visit his father Michael by setting up on the pavement outside Michael’s front door.

They will also be surprising some key workers and taking part in a special Father’s Day edition of MasterChef.

The half-hour show is being made by Jackpot Productions and executive produced by Richard Ackerman and Graham Stuart. The series producer is James Fidler.

The second programme, Jack Whitehall’s Sporting Nation, is a sporting retrospective that will tell the story of the UK through great sporting moments, using six themes to tie archive footage together.

Jack Whitehall’s Sporting Nation (6x30’) is a Jackpot Productions and Fulwell 73 production. The executive producers are Ben and Gabe Turner; the series producer is Murray James.

Ben and Gabe Turner of Fulwell 73 said: “Sport, like life, is as much about the story as the result. We feel it is a lens through which we can explore all kinds of themes and what better time to consider what our sporting obsessions say about us as a nation that right now? And who better to do it with than Jack Whitehall?”