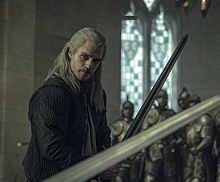 The BFI has published a report showing that production spend in the UK during Q1 of 2020 was once again dominated by inward investment projects, with domestic titles showing a downward spiral.

During the first three months of 2020, the combined spend from film and high-end TV (HETV) was £651m, with the revenue coming from a total of 51 productions.


That figure represents a 25% increase on the same quarter last year, marking the second-highest ever Q1 spend.

The new stats run up until 16 March 2020, not the end of March as in other years, due to the effect of the Covid-19 shutdown in production.

The total amount of films that began shooting in the UK during the first three months of this year was 29, with the total production spend hitting £385m, a leap of 40% on the same time last year.

However, £368m of that – around 96% - came from inward investment projects and international co-productions.

There was a drastic drop of more than 70% in the spend from domestic film production compared to the same quarter in 2019, with just £17m being spend in the first three months of this year.

In terms of HETV, 22 productions began filming in Q1, with a slight rise – 7% - in production spend compared to last year. This year’s quarterly total for HETV spend was £265.7m.

Yearly stats from the BFI showed an all-time record high in overall production spend: the total film and HETV spend for the rolling period April 2019 to March 2020 was £3.6bn, an increase of £200m on the previous 12-month period. Of the £3.6bn total, £3.1bn came from 161 inward investment and co-productions projects.

The shutdown in production since the UK lockdown began on 23 March has meant that big-budget, large-scale projects such as The Witcher 2, Jurassic World: Dominion and The Batman have been suspended, with no dates in place yet for when they can safely re-start.

The British Film Commission is currently working with the BFI on a consultation of draft proposals of how the production industry may resume filming safely.