Ted Sarandos on how Netflix is filming 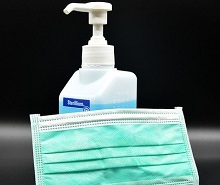 Chief content officer at Netflix, Ted Sarandos, has written an op-ed piece in the LA Times giving details and insight into how the streaming giant is currently filming in South Korea, Japan and Iceland, with plans to begin production in Sweden this month too.

His article stresses how different the safety rules and guidelines are in each region, and therefore the importance of working alongside local health authorities.

It is quite possible that many of these approaches and protocols will be used in the UK when the production industry is able to get back up and running.

“Filming typically takes place in intimate, high-touch environments, with scores of artists and craftspeople working closely together on tight deadlines. While we will need to change this process — in some cases dramatically — to ensure the safety of cast and crew during this pandemic, the closed nature of sets also offers some advantages. Not least that they provide a relatively controlled environment, where we can track who comes and goes.

“We’ve seen this with Netflix productions that are filming today in South Korea, Japan and Iceland, and we’ll learn more once we start shooting again in Sweden this month and Norway in July.

“While it’s still in the early days, here’s what we’ve learned so far. For one thing, circumstances vary significantly country by country, and even city by city. So, directors and showrunners need to work with local health authorities to adopt safeguards that take account of the situation on the ground. There is no one size fits all.

“For example, in South Korea, where we worked quickly to develop safety protocols so that series such as our new drama “Move to Heaven,” and the popular romantic series “Love Alarm” could continue filming. Testing there is only available for people with symptoms. So all cast and crew have their temperatures checked regularly, and if anyone were to show signs of infection they would be tested immediately and production paused.

“In Iceland, on the other hand, testing is more widely available, whether you have symptoms or not. So, the entire cast and crew of our “Katla,” a science-fiction series, volunteered to get tested to start filming again. The tests came back negative, but everyone still has their temperature taken first thing in the morning. The team has also developed strict protocols with local doctors should anyone develop symptoms.

“In Sweden, testing is much more scarce. So the cast and some members of the costume and makeup team for the romantic comedy series “Love and Anarchy,” which will resume production this month, volunteered to self-quarantine for 14 days beforehand — and then throughout the planned 11-day shoot.”

Sarandos went on to emphasise the importance of rigorous hygiene standards on set, with hand sanitiser, masks and gloves being used alongside social distancing.

“With “Katla,” security personnel monitor the number of people on set at any one time, and the crew’s access is controlled by the use of colored tags on their credentials. Ride sharing is prohibited so everyone drives separately to work each day.

“On sets, the usual buffets have been replaced with boxed meals. There is one make-up artist, who uses single-use, disposable applicators for all makeup. Every two or three hours a production assistant announces a break so people on set can wash their hands, and alcohol is used to wipe down doorknobs, loading areas and the craft table. At the end of every day, props are cleaned and wardrobes steam-cleaned.

“As our casts and crews return to work, it’s important that we all focus on what can be achieved in the short term, even if we can’t solve every problem. That means rejiggering productions, locations and set schedules to postpone shooting crowd or action scenes and intimate moments, as well as scenes that require international travel.

“Some shows will need to rewrite scripts or look to add visual effects to what previously would have been shot live. For others, that may be impossible. But if we can get some production going again, safely and smartly, we can learn how best to film under these restricted conditions…

“… None of this is easy, and many questions remain unanswered. But we are cautiously optimistic that we can adapt to this restricted reality. So are filmmakers in Australia, Tyler Perry in Atlanta and others across the industry. There are thousands more crew members anxious to return to work, and millions of people relying on the entertainment they produce.

“As we’ve seen during this period of isolation, stories can help connect people even when they are apart. The adage is as old as our business, but it has never been more true: The show must — and will — go on.”