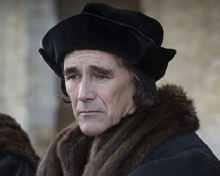 The London-set book centres on Jenny, a thirty-something who has lost touch with herself and the life she once loved.

Playground, run by Colin Callender and best-known for Wolf Hall and Howards End, will produce the series with Paul Lee’s wiip.

Unsworth said: “I’m so excited to be working with Playground and wiip to create something really bold and different. I think the mid-thirties are a very specific time for women. I personally had a huge identity crisis.

Callender added: “Emma is one of the most exciting young voices in contemporary literature. Her wit, authentic storytelling and unique perspective are exceptional, and we look forward to working closely with her to bring her insightful and timely novel to the screen.”