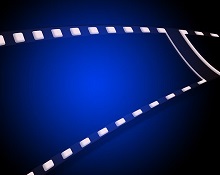 Running in partnership with Film London and media partner Screen International, the new scheme aims to discover high-quality, unproduced projects, which can be either at script stage or semi-financed, which will then be matched with leading companies in the industry.

The online event takes place from 2-3 July; the first day is for features and the second day for showcasing TV series. Seven will be selected from each category and representatives from the projects will have seven minutes each to pitch to the industry execs.

The creators will then be offered fifteen-minute speed meetings with each of the attendee companies. Submissions are open from today, 29 April, until 27 May.

Full details on how to submit can be found here.

The first edition included a case study on 'Peaky Blinders’, led by executive producer Jamie Glazebrook. The second edition took place in September 2019 with screenwriter Peter Harness opening the event with a talk on his experience writing on top shows such as ‘Doctor Who’ and ‘McMafia’.