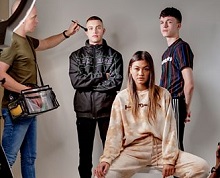 BBC Three and BBC England are collaborating on Northern Voices, a Factual Development Scheme for the north of England.

With a focus on documentary, the aim is to champion local northern companies that want to tell young, unique and regional stories that feel uplifting, playful and hopeful, thus developing a talent pipeline from the region.

Indies from the local area are invited to submit ideas that reflect the life experiences of 16-24 yr-olds in the region with the promise of a commission at the end.

Fiona Campbell, controller, BBC Three, said: “Working with and introducing new talent is something we’re hugely passionate about at BBC Three and we’re looking forward to collaborating with BBC England to unearth new ideas and new faces from the North of England.”

Aisling O’Connor, head of TV Commissioning BBC England, added: “I’m pleased to be working with BBC Three as part of our efforts to help nurture young talent in the North of England and give a platform to new stories and voices. We’re committed to better reflecting communities across the country.”

The successful pitch will be selected to receive further funding to produce a broadcast quality documentary of their idea, to be featured on BBC iPlayer and BBC England.

BBC Three is committed to running at least one creative partnership in each nation or region as part of BBC Content’s package of activity to support the sector outside London during the current COVID-19 pandemic.