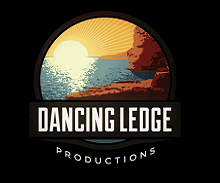 The two broadcasters have agreed to jointly fund a new two-year writers and new directors scheme run by Dancing Ledge. ITV will support the new writers’ initiative and BBC the new directors’ platform.

Under the writers’ scheme, eight established, well-known writers will be invited to choose and mentor a new writer whose work has impressed them.

The candidate will be given a bursary and write a pilot for an original TV series. The mentoring writer will give feedback throughout and help place the project with a production company and broadcaster.

Their mentor will give feedback through the writing process, provide the benefit of their expertise, offer encouragement, and then also help place the project with a production company and broadcaster.

"I commissioned Trigger Point as a direct result of the scheme which undoubtedly created an opportunity for Daniel Brierley which might not have existed otherwise.

“It’s an excellent initiative and one I look forward to supporting.”

Under the directors’ scheme, eight established directors will be invited to select an outstanding new director whose work they admire. They will be given a bursary that will pay for them to work as a second unit director on a production being directed by their mentor and to shadow them.

Piers Wenger, controller of BBC Drama, remarked: "We want to help with assisting new directors to break through in the British drama sector, to help establish a talent pool which is both creatively rich and truly inclusive. We are delighted to be working with Dancing Ledge on a scheme to help address this."

So far two series have been commissioned by broadcasters that have come out of that programme. Jimmy McGovern mentee Tony Schumacher’s The Responder starring Martin Freeman for BBC2, and Jed Mercurio mentee Daniel Brierley’s Trigger Point for ITV.

Laurence Bowen, CEO of Dancing Ledge Productions, commented: “Having both the BBC and ITV invest directly in 16 new voices and working with 16 fantastic mentors to help identify and support them is a wonderful celebration of everything we believe in as a company.

“We’ve always put new talent right at the heart of what we do. It keeps us and the industry relevant and provides vital funds for new writing and directing talent at a current crisis point for many.”

It is currently developing projects with Paulo Coelho, Louise Doughty, Faith Soloway, Nathaniel Martello White, Joe Barton and Lauren Sequeira, and a new partnership with Lee Child – Lee Child True Crime – a drama series based on real-life stories of people risking their lives in the pursuit of justice.

Dancing Ledge Productions works internationally with Fremantle which has a minority stake in the company.

Wickens Media Transcription Services specialise in time coded transcripts, post production scripts and translations. We have been delivering quality affordable scripts to the TV and… more Call: 020 7240 6232   |   Add to Shortlist

So Speedy is one of the main providers of transcripts for the television and film industries in the UK. Over the last decade we’ve grown… more Call: 020 3981 0130   |   Add to Shortlist