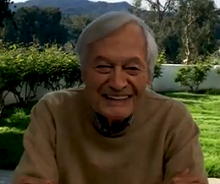 The venerable producer and director issued the remit on social media, confirming that the short video must be under two minutes long and made inside the house or in the garden, using mobile-phone cameras.

The ‘cast’ can include household members.

Video submissions should be made via social media in the next fortnight, using the hashtag #CormanChallenge.

Corman said: “The story can be anything you imagine… We will make a trailer for the film and its director will receive a signed certificate from me as well as a best picture award for the first and last Corman Quarantine Film Festival.”

He launched the competition by throwing down a gauntlet to fellow Hollywood directors including Ron Howard, Leigh Whannell and Guillermo Del Toro, challenging them to take part.