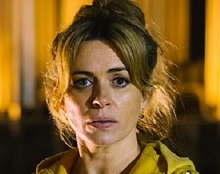 Following our recent feature highlighting production activity in Wales over the last year or so, we can now bring you the second part.


Wales has a long-held film-friendly reputation, enhanced earlier this year with the launch of Creative Wales, a new organisation designed to further assist the expansion of the creative industries aross the country.


Within Creative Wales is a dedicated film office, Wales Screen, which was established in 2002 (as the Wales Screen Commission).

With the help of Wales Screen and our subscription database, Production Intelligence (PI), we return to take a look at some of the recent productions to have filmed in Wales.

An adaptation of Aldous Huxley’s seminal dystopian novel Brave New World used the revitalised Dragon Studios, near Bridgend, as its production base when a six-month shoot began in June 2019.

The major inward investment project is from Amblin’ Television and Universal Content Production. It received funding from Welsh Govenment and additional location/crew support from Wales Screen. PI had details on the key HoDs on the show three months before filming began last summer.

A major new HBO series, Industry, set against the backdrop of the banking world began filming at Pinewood in Wales in July last year, with key HoD listings on PI from April. The 8 x 60 drama is set inside an American bank in London’s financial quarter; Lena Dunham is among the executive producers and also directed the first episode.

Bilingual drama Bang began filming a second run last September, set once again in and around Port Talbot. The S4C series comes from Joio Productions, with both seasons receiving funding from Welsh Government.

Although, as the name suggests, Pulse Films’ drama Gangs of London shoot was largely based in the capital, the drama also set and filmed an episode in Wales with Welsh director Gareth Evans at the helm; Evans was also on the writing team.

The nine-part series is a co-production with Cinemax, and received funding from Welsh Government. It stars Sope Dirisu, Joe Cole, Colm Meaney, Lucian Msamati and Michelle Farley. Gangs of London was listed on PI a full year before a six-month shoot began in November 2018; it was updated with key hires during pre-production.

The third and final series of Keeping Faith (Un Bore Mercher) started shooting in January 2020, filming in both English and Welsh. Eve Myles stars as Faith Howells, a solicitor at a family-run law firm in the fictional town of Abercorran.

The locations used are largely in and around Carmarthenshire, in particular Laugharne and Carmarthen. Welsh Government has provided funding for all three series.

Many thanks to Wales Screen for their help in compiling this article.

Photos: Keeping Faith and Bang via BBC; Gangs of London via Sky.