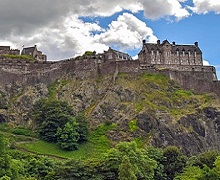 Indies can apply for between £3000-£50,000 to develop projects over the next 3-6 months as a means of actively forward-planning for production when restrictions are lifted.

A total of £1m is available through two routes – one for TV and for film projects.

The £500,000 Broadcast: Single Project Development Funding Route will support the development of work across live-action and animation.

Covering both scripted and unscripted genres, this route will prioritise UK network and SVOD-focused TV projects with existing commissioner engagement and the potential to be multi-part and/or returning.

Applications can include enhanced producer fees of up to 25% of the project costs, up to a maximum of £5,000.

Both funds open for applications on 14 April 2020.

Isabel Davis, executive director at Screen Scotland said: “We are entirely focussed right now on how we can help safeguard and sustain the Scottish film and TV sector, and to ensure that it is able to bounce back as soon as the situation allows.

“In parallel to the Bridging Bursary scheme, which went live last week, this funding will support Scotland’s film and TV producers and writers to develop high quality, commissionable projects, ready to go into production when the market returns.”

These new funding routes are for development of single projects. Any applicants seeking support for broadcast slate development or production funding should apply through Screen Scotland’s existing Broadcast Content Fund.

Applicants seeking support for feature film production should apply to the existing Film Development and Production Fund. More information and details on these funds can be found at: screen.scot.