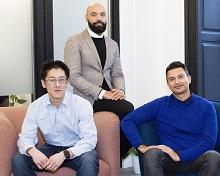 The indie is currently developing a range of dramas aimed at the UK and international markets, including projects from writers Simon Block (Windermere Children and The Eichmann Show), Veronica Gleeson  (Sixteen) and Beatrix Christian (Picnic at Hanging Rock).

JT Wong commented: “eOne’s global reach alongside their experience in scripted make it the perfect place for us to develop our drama slate.  We’re really excited to be working with the team at eOne, who have such great creative and commercial sensibility.

“We have big ambitions at Three Tables Productions, so partnering with eOne is a fantastic fit."