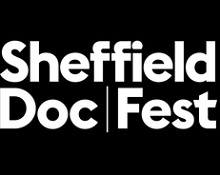 Sheffield Doc/Fest, due to have taken place in early June, is changing its offering this year to a virtual programme of events along with a shift in dates, due to the Covid-19 pandemic.

Two pitching forums, the MeetMarket and Alternate Realities Talent Market, will both go ahead in June as virtual meetings.

There will be a selection of film screening, industry panels and artists’ event held in the autumn, but there will not be a competitive judging this year.

This will be the first Sheffield Doc Fest under the curation of festival director Cintia Gil, who joined in November 2019 from Portuguese event Doc Lisboa.

Gil said of the decision: “Doc/Fest is an essential moment for the city of Sheffield, for the film industry and for all the international guests who join us, and its collective character is at the heart of the festival’s purpose.

“We strongly believe that people coming together to watch, to talk and to imagine the world through art is a transformative experience that produces change.

"Therefore, we will organize a series of programmes that will help us honour our mission as a charity, to serve our community as a space for collective experiences, to inspire and question the film industry in the UK and internationally, and to engage in an urgent worldwide conversation about ways of creating, and engaging with, cinema and art in extremely challenging times.

"Access to activity will be amplified as much as possible, through our digital platforms, always respecting each film’s nature and context. We will not hold any competitions, but we will present important, critical and unique works of cinema and art.”