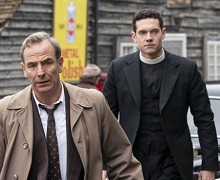 Submissions are now open for this year’s BBC Writers’ Academy, which is making a major change to its entry criteria for 2020.

For the first time, the programme will be accepting applications from all writers, regardless of whether they have professional credits or representation.

Successful applicants will receive three months of paid training, including weekly individual tutorials on all aspects of drama technique and structure. There will be guest lectures from field leaders such as Russell T Davies, Jed Mercurio, Sophie Petzal, Jimmy McGovern and Anna Symon.

Drama producer John Yorke, who heads up the scheme, said: “I’m thrilled that BBC Studios have decided to make such a major investment in new talent.

"At a time when it’s harder than ever for new writers to break in, this course allows writers from less privileged backgrounds to get their first important step into television. The Writers’ Academy is a perfect example of the BBC’s remit – it’s a huge commitment to nurturing new talent from every sector of society.”

Former graduates of the scheme have gone on to enjoy considerable success, including:

• 2000 hours of British and Irish TV drama produced from graduates.

• In The Last Year: New shows greenlit by our graduates for Netflix, Apple, ITV, BBC and Channel 4